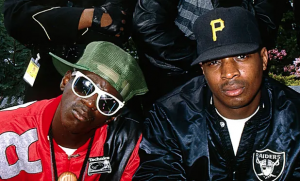 Ever since Chuck D announced that Flavor Flav was fired from PE and Flav returned fire with a lawsuit thrown at PE for appearing at a Bernie Sanders rally last year, things just haven’t been the same for the legendary group Public Enemy. During the opening of the Universal Hip Hop Museum in the Bronx last week, frontman Chuck D offered to reunite with Flav and put all the past transgressions behind them

When asked by TMZ if it was likely to ever see Public Enemy together again, Chuck sort of dodged the sidebars, but ultimately responded, “It’s whatever Flavor wants to do.”

Will Hip Hop see one of the greatest groups of all time reunited again? According to Chuck D, it’s all up to Flav at this point.

The post [WATCH] Chuck D Offers To End Beef With Flavor Flav For PE Reunion appeared first on The Source.