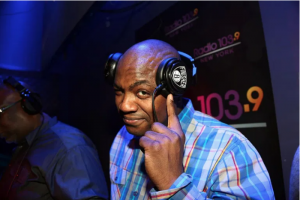 Maybe Maino didn’t think that the self-proclaimed “Nasty African” would admit to his sexual escapades as unapologetically on the show as he did, but he did.

Veteran DJ for Big Daddy Kane and long tine collaborator with the late Notorious B.I.G. appeared on Brooklyn rapper Maino’s podcast Kitchen Talk and said that when it comes to sex, he’ll try anything. When the admitted ‘try-sexual was asked by the “All The Above” emcee if he liked trans-women, he proudly boasted, “That’s what I do bro, you know what I do.”

He went into detail about his sexual trysts with men-turned-women, saying, “The only thing I’ve done with transexuals is that I got top — head — from a transexual,” Mister Cee said. “I’ve never had sex. I’ve never penetrated. Never in my life. Never had sexual intercourse with a transexual.”

Mister Cee has been arrested three times since 2011 for the solicitation of prostitutes, all of whom were men. Cee, whose real name is Calvin LeBrun, still insisted at that time that he wasn’t gay on Hot97’s Morning Show. Now, it seems to be something he won’t be able to dodge and this is the best social and political climate to admit it.

The post [WATCH] DJ Mister Cee Describe Being In Love With Transexual Women appeared first on The Source.