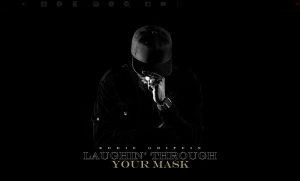 Eddie Griffin reflects on a year of COVID, social distancing, and social justice with the live presentation of his new ‘docucomedy’ special, Laughin’ Through Your Mask, premiering Thursday, April 1, 2021 as a sneak peek for fans ahead of its launch on the iTunes and Amazon streaming platforms on Tuesday, April 20.

The acting and comedy legend, who took his successful Las Vegas stand-up show on the road despite a multitude of risks and touring inconveniences during an unprecedented worldwide pandemic, shares his personal experiences of how the events of 2020 impacted his career.

Griffin also delivers razor-sharp, unapologetic observations about nerve-touching subjects of today’s current events, as the special was filmed exactly one day after the storming of the United States Capitol and violent attack against the 117th United States Congress at the U.S. Capitol on Wednesday, January 6, 2021.

Griffin, who shot to fame with memorable film and TV roles such as Undercover Brother Deuce Bigalow: Male Gigolo, John Q, Scary Movie 3, A Star is Born and Malcolm & Eddie, has built a millions-strong fan following through the power of his stand-up shows, attracting record audiences through touring, his residency at Las Vegas’ Sayers Club, and stand-up specials including You Can Tell ‘Em I Said It, Undeniable, and E-Niggma.

The post [WATCH] Eddie Griffin Announces Premiere of Docu-comedy ‘Laughin’ Through Your Mask’ appeared first on The Source.