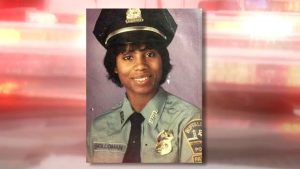 After 12-years, the State Supreme Court vacated a previous ruling that upheld fired Buffalo Police officer Cariol Horne and she will now receive her full pension.

Judge Dennis Ward issued the ruling Tuesday, writing “While the Eric Garners and the George Floyds of the world never had a chance for a “do-over”, at least here the correction can be done.”

Horne was fired from the department in 2006 after trying to stop her partner from choking a suspect. It caused her to lose both her job and her pension. Horne stepped in to stop an officer from killing the suspect and penalized for that action.

“I don’t want any officer to go through what I have gone through,” Horne said. “I had five children and I lost everything but [the suspect] did not lose his life. So, if I have nothing else to live for in life, at least I can know that I did the right thing and that Neil Mack still breathes.”

Congratulations Cariol Horne, thank you for truly serving and protecting our community.

The post [WATCH] Fired Police Officer Vindicated After Breaking Up Chokehold 15-Years Ago appeared first on The Source.