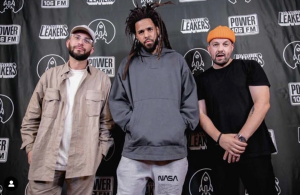 J Cole’s latest freestyle has his fans even more excited about the rapper’s upcoming project. Two days before the release of his highly-anticipated album The Off Season, the rapper was featured on Power 107’s L.A. Leakers radio show.

During the “Freestyle 108” episode, the “Dreamville Records” founder can be heard spitting effortlessly to Souls of Mischief’s classic track “93 ’til Infinity” and Mike Jones’ “Still Tippin”.

To no surprise the rapper sounded amazing on both tracks. Despite, not freestyling publicly in a while.

“I forgot what them b****** felt like, I ain’t gonna lie,” said Cole after the freestyles.

Following the release of the episode, the “Interlude” rapper took to Instagram to promote the video, and his forthcoming album.

“If it’s not already clear don’t worry it will be soon. The Off-Season LA Leaker freestyle out now on YouTube. @laleakers” wrote J Cole.

The album drops on Friday, May 14.

The post Watch: J Cole Freestyles For LA Leakers Ahead of Album Release appeared first on The Source.