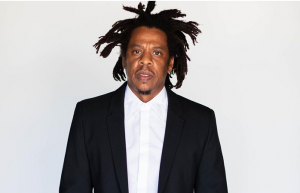 It has been known for well over two decades that Hov is one of the rare emcees who don’t write their lyrics, but still recite them with fervor when in the booth. Even in the song “Welcome To New York City” feat. Cam’Ron, Jay-Z spits, “..the hand that write checks be the hand that don’t write/ I go off the head when I’m scrambling on the mic..” After years of solidifying this is his creative method, it’s hard to believe that when Hov hits the stage, he can’t remember what to say.

According to his most recent interview on HBO’s The Shop with NBA great Lebron James and Maverick Carter, Jigga says that he used to forget his rhymes when he hit stages for live performances.

When Lebron asked the cultural mogul whether or not artists “zone out” during their live performances, to which Jay-Z responded, “In the beginning, I used to get on the stage and just forget all my lyrics.”

Check out the preview clip HERE, where Jay admits that he could be human like everyone else.

The post [WATCH] Jay-Z Says He Used to Forget His Lyrics While Performing appeared first on The Source.