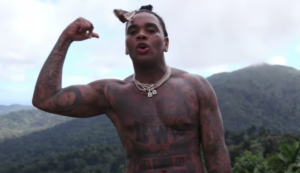 In an exclusive interview on Hotboxin’ with Mike Tyson, NOLA rapper Kevin Gates revealed that the violence he experienced and aggressive nature that he contains comes from his traumatic experiences being molested as a child.

Gates said that he learned self defense and martial arts as a way to prevent himself from being taken advantage of as a young boy, which prompted Tyson to reveal that he created a tough exterior to ward off predators in his Brownsville hometown growing up.

The post [WATCH] Kevin Gates Reveals To Mike Tyson He Was Molested As A Child appeared first on The Source.