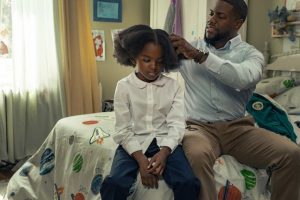 Kevin Hart is set to star in the net Netflix film Fatherhood, which will premiere on June 18.

The new film is a funny, emotional, and true heartwarming story that will have you grabbing for your tissues. The new film stars Hart as a widower that is taking on fatherhood. The film will arrive just in time for Father’s Day.

You can see the trailer below.

The post [WATCH] Kevin Hart Stars in Trailer for ‘Fatherhood’ Set for June 18 Release appeared first on The Source.