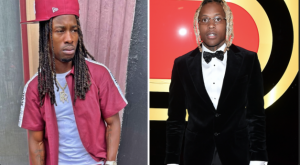 Hang goes into what he believes not only incites the violence among the drill rappers in the Windy City, but also contends that Durk’s music played a role in his brother DThang’s murder this past weekend.

“Durk steady saying these n-ggas names in songs like you don’t have to do that bro,” he said. “This what got his brother shot. I’m not going to say killed because I don’t know if he dead.” Hang also let his respect for Durk be known, saying, “I fuck with his music. His movement. He making money. I’m not hating. I love to see what he’s doing. Shorty up $30, $40 million like I love to see that because I’m from one block, he’s from the next block over. My daddy used to hang with Durk’s daddy.”