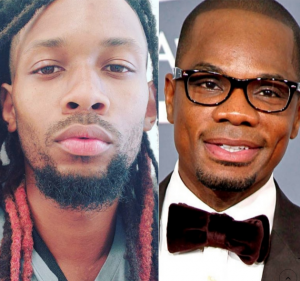 According to a recent social media post, gospel Singer Kirk Franklin’s 33-year-old son was threatened by his father that he would “put his foot in his ass” for disrespecting him.

From the beginning, the elder Franklin can be heard calling his estranged son a “b***h a**” and towards the end told his son, “I will break your neck n***a!”

His son has come out in the news before about Franklin’s alleged vengeful ways, claiming that his father tried to kill him.

Listen to the entire exchange below.