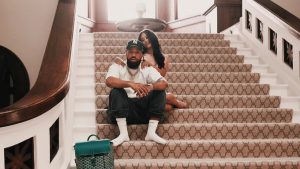 “You know I fuck with you the long way….” One of the best vibes of the summer, “6 AM in Sausalito” by Larry June, has received an official music video.

The single is from his Orange Print album that dropped last month. In the video, Uncle Larry is on hand showing viewers the luxurious life of Ferraris and calamari.

The Orange Print is becoming extremely successful for June as it is the first Billboard 200 entry for the rapper and has hit 25+ million streams in just under a month. You can see the video below.

The post [WATCH] Larry June Releases “6 AM in Sausalito” Video appeared first on The Source.