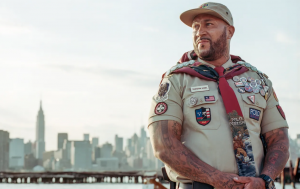 Former Source Magazine Editor Soren Baker sat down with Lo Lifes General Thirstin Howl III on his Unique Access show and talked about his “Unsigned Hype” feature in the August 1997 issue of The Source Magazine.

The Brownsville, Brooklyn rapper, producer, director and actor revealed to Baker that he was actually on NYC’s Riker’s Island doing a 90- day skid bid for an apparent assault when the issue hit the newsstands.

Check out the entire interview below.

The post [WATCH] Lo Lifes’ Thirstin Howl The 3rd Recalls Being On Rikers Island When His “Unsigned Hype” Ran In The Source Magazine appeared first on The Source.