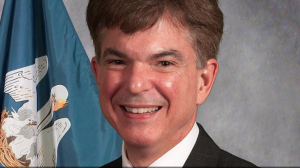 In a debate over a bill about education, one of the Louisiana State Representatives suggested that schools teach the “good” of slavery, which was quickly challenged by one of his colleagues.

Rep. Ray Garofalo said, “If you’re having a discussion on, whatever the case may be, on slavery, then you can talk about everything dealing with slavery, the good the bad the ugly.”

Garofalo was interrupted by Republican Rep. Stephanie Hilferty, who said, “There’s no good to slavery, though.”

The ugly debate followed Garofalo attempt to push a bill through that would whitewashing American history, but as of yesterday, the bill did not pass.