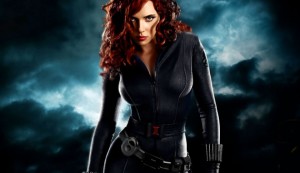 The Marvel Cinematic Universe is gearing up for another run. During the MTV Movie and TV Awards, the Black Widow film got an exclusive preview.

The clip brings Scarlett Johansson back into the character of Natasha Romanoff in a high-speed chase in an attempt to flee an assassin while riding with her sister.

Black Widow is set to hit theaters and Disney+ on July 9.