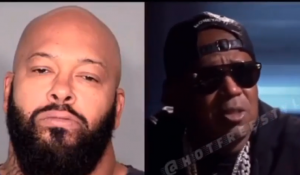 In an exclusive interview with Shannon Sharpe on the Club Shay Shay show, Hip Hop mogul Master P built on his independent grind and how hard it was for him to get into music retail stores and a music label owner from New Orleans.

The No Limit general also delved into the relationship he established with then Death Row CEO Marion “Suge” Knight, during which the time he acquired the legendary Snoop Dogg onto the No Limit roster.

Check out the interview below.

The post [WATCH] Master P: “It Was Easier Negotiating With Suge Knight Than Corporate America” appeared first on The Source.