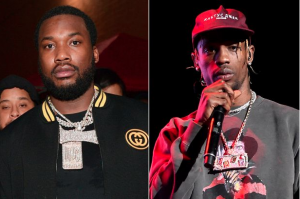 According to a now-viral video, Meek Mill and Travis Scott reportedly got into some type of altercation at a party throw by 76ers co-owner Michael Rubin on the 4th of July.

No one knows exactly what started the beef, but the video shows Meek looking for Travis, who was seen leaving the Hamptons home at the start of the video. The party, which boasted the attendance of Jon Bon Jovi, Jay-Z, A-Rod and others, was presumably over following the Meek/Travis incident.

The post [WATCH] Meek Mill And Travis Scott Get Into Altercation On Fourth Of July appeared first on The Source.