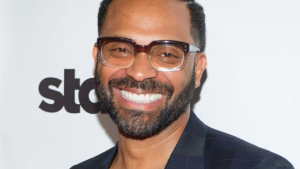 Karma is a really mean b**ch and comedian Mike Epps realized that the hard way after falling off stage after trying to smack a female audience member’s butt.

See the video below.

The post [WATCH] Mike Epps Falls On Stage After Trying To Smack Woman’s Butt appeared first on The Source.