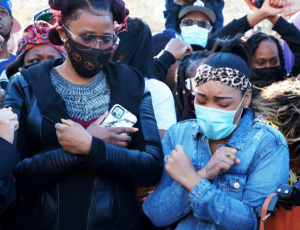 The news was actually revealed during the service in Brooklyn by Erica Ford, with the announcement made by activist Priscilla Echi, saying, “Our New York State Senate has called December 18 Earl “DMX” Simmons Day. His lyrics were rapped on the Senate floor by Senator Jamal Bailey, who introduced a resolution in his honor. He also has proclamations from Mayor Spano and Mayor Shawyn Patterson Howard.”

Ms. Ford added, “From the Governor’s office, we have the flag that was flying the day that he died to be presented to his family. We have a citation from the governor’s office for his oldest son and one for his father.”