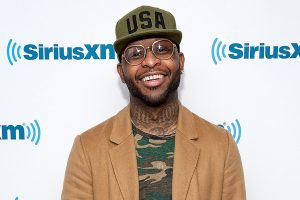 Grammy-nominated rapper Royce Da 5’9” shared a story via his Instagram about how he took his first drink with producer Dr.Dre.

That decision later turned into an addiction that he was able to address and share through his sobriety. He also dropped a few jewels about judgement, therapy and rappers being ‘hired to kill ourselves’. The Detroit rapper also expressed disdain for fans questioning hip hop moguls Diddy and Jay-Z and Black Rob and DMX’s addiction.

“When we become artists, hip hop artists, I’m talking about Black culture, make rappers, say other rappers names in a competitive spirit, we used to be worried about beef on track spilling over off to the streets, Now we are worried about street beef spilling over to tracks because that escalates everything. So, I came to the conclusion that we’ve been hired to kill ourselves. We’ve come from all these different places of judgement, we eat all the wrong food, we go to the funerals of people who died a little bit sooner than us,” he continued. “We pass judgement. We say, ‘Yo, y’all weren’t there. Y’all weren’t there for him. So he made a choice. He had to choose to become an addict.’ Everybody talking like that about DMX, you don’t know shit about addiction. ‘Where the fuck is Puff? Why he hadn’t help Black Rob? Wassup with JAY-Z? Did he buy the masters?’

Royce has always been the artist that shared his ups, downs, growth and knowledge with the world, one of our true kings!

Peep the video below.