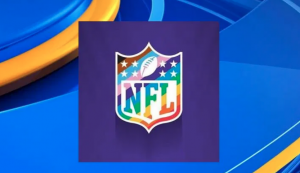 Snoop Dogg and Rick Ross test their acting skills in the new horror comedy The House Next Door: Meet the Blacks 2.

.Veterans Mike Epps and Katt Williams exchange funnies as Mike’s character Carl faces off with the neighbor from hell.
Carl has only ever wanted the best for his family, but after surviving the events that led to his (not-so-)bestselling book, he’s moving everyone to his childhood home, where he’ll contend not only with his wife Lorene and kids Allie  and Carl Jr.—but everyone who drives him crazy. Comedian Lil Duval, and heartthrob Tyrin Turner star in this summer hit and an entire neighborhood of characters who seem to attract strange activity after dark.

The House Next Door HITS VOD JULY 9 and DVD AUG. 8TH
Watch the exclusive trailer below

The post [WATCH] Snoop Dogg, Mike Epps and Katt Williams Bring The Laughs In The House Next Door: Meet the Blacks 2 appeared first on The Source.