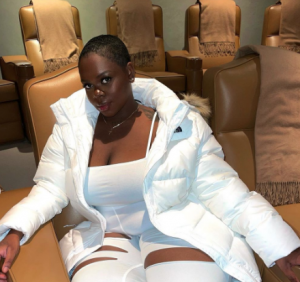 This past weekend, Snoop Dogg’s daughter Cori Broadus candidly revealed her battle to maintain control over her mental health and even added that she attempted to take her own life. Now, the young Broadus heiress is now admitting that being called “fat and ugly” is what led to her recent suicide attempt.

Cori followed up her weekend post with a video yesterday speaking in depth on what led to her current state, how she’d always been teased about her weight and complexion, unveiling that led to her contemplating taking her own life as young as 13 years old.

See the video below where the 21-year-old also talks about how being a child of a celebrity doesn’t make you exempt from real life issues.

The post [WATCH] Snoop Dogg’s Daughter Says Being Called “Fat And Ugly” Led To Her Suicide Attempt appeared first on The Source.