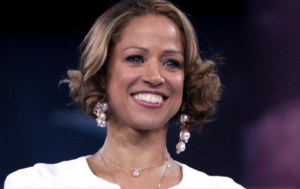 If there were really a such thing as a racial draft, Black people would’ve traded Stacey Dash a long time ago.

In an exclusive interview with the Daily Mail, the actress opened up about the backlash she received for her conservative political views and made a public apology about her past political views.

“I’ve lived my life being angry, you know. Which is what I was on Fox News,” said Dash. “I was the angry, conservative Black woman and at that time in my life it was uh, who I was and I realized in 2016 that anger is unsustainable and it will destroy you and you know, what people don’t know is that I made a lot of mistakes because of that anger. There are things that I am sorry for. Things that I did say, that I should not have said them the way I said them,” she continued. “They were very arrogant and prideful and angry. And that’s who Stacey was, but that’s not who Stacey is now. Stacey’s someone who has compassion, empathy.”