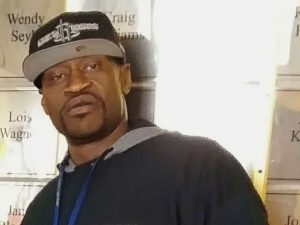 George Floyd was a 47-year-old black man murdered by police during an arrest after a store clerk said he passed a counterfeit $20 bill in Minneapolis.
Derek Chauvin, one of four police officers who arrived on the scene, knelt on Floyd’s neck and back for 9 minutes and 29 seconds killing him.

Who was the tall man Chauvin viciously murdered in front of a crowd. Floyd grew up in Houston, playing football and basketball throughout high school and college. He was a hip hop artist and served as a mentor in his religious community. Between 1997 and 2005, he was convicted of eight crimes. Although he admitted he struggled he was also working on bettering himself.

The media has a way of breaking down a victim’s character during a murder trial. It almost feels like the victim is on trial for being murdered. George Floyd was different, he knew he was special and he knew he would change the world, he had a clear foresight of the future.

He indeed changed the world. Rest in power Perry!

The post [WATCH] Who Was George Floyd Before He Was Viciously Murdered? appeared first on The Source.