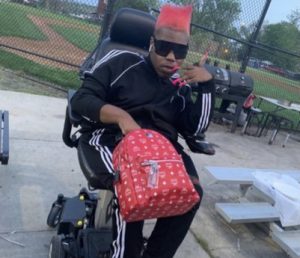 Rolling Ray and Coi Lerai are back at it again.

Back in March, the New Jersey rapper and Ray got into an online back and forth following the release of Coi and Pooh Shiesty’s song, “Big Purr.” Rolling Ray accused Coi of monetizing the phrase by making it into a song. According to Ray, he is the originator of the “Purrr” slang term.

While Coi Leray denied the theft, Rolling Ray responded the with a diss track of the same title.

While the debate continues on the origins of “Purrr,” Rolling Ray continues to troll Coi Leray. In the latest instance, the social media entertainer alleges the “No More Party” rapper’s team reached out to him for promotion services. Apparently, they asked him to create a video announcing his attendance at an upcoming Coi Leray event. Instead of doing what they asked he had other plans.

“I pocketed that little ass two-fifty,” said Rolling Ray. “They tried to use me to promote this girl’s event. Stop playing so much. Her event gon’ be real slow. It’s a difference from TikTok music, real music, and real performances. You’re not it.”

Check out Ray’s video of his alleged claim here.

Coi Leray nor her camp has yet to respond to Rolling Ray’s story.

The post What Rolling Ray Says He Did With Money To Promote a Coi Leray Event appeared first on The Source.