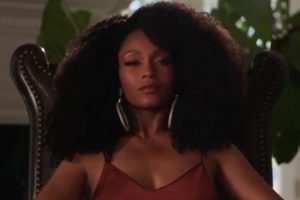 Yaya DaCosta, known for America’s Next Top Model, All My Children, Ugly Betty and Chicago Med, is embracing her larger role as the main character in Fox’s Our Kind of People.

The new drama centers on the rich and powerful Black elite in Oak Bluffs on Martha’s Vineyard. DaCosta is cast as a single mother and hair care entrepreneur, Angela Vaughn.

Our Kind of People reunites DaCosta with two of her former collaborators. Director Lee Daniels, who also directed her in the film, The Butler, and Debbi Morgan, who played her mother on the daytime soap opera All My Children set to play her auntie in this new series.

Created by Karin Gist (Star, Mixed-ish, Girlfriends) and inspired by Lawrence Otis Graham’s alluring, best-selling nonfiction book of the same name, Our Kind of People follows a strong-willed, single mom as she sets out to reclaim her family’s name and make an impact with her revolutionary hair care line that highlights the innate, natural beauty of black women. But she soon discovers a dark secret about her own mother’s past that will turn her world upside-down and shake up this community forever.

In a recent interview with People, Yaya DaCosta dishes on her role and the parallels to her real life.

“It’s exciting because she’s a creative powerhouse and brings something to my role as someone who is innovative, as Angela Vaughn is an entrepreneur,” she continues. “She’s concerned with hair health, hair care, in addition to all of these different styles. And so I get to use my own crown as my display in Oak Bluffs and strut around showing people some of what I have to offer.”

Watch DaCosta in Our Kind of People Tuesday’s at 9 p.m. ET on Fox.

The post Yaya DaCosta Leads in New Lee Daniels Series ‘Our Kind of People’ appeared first on The Source.