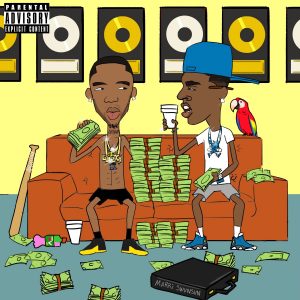 The Paper Route EMPIRE tag team of Young Dolph and Key Glock are back with their new collaborative album, Dum & Dummer 2. The release is the sequel to 2019’s Dum & Dummer, which peaked at No. 8 on the Billboard 200.

The cover for the enw album brings the spirit of Beavis & Butthead and once again puts the choesion of the two rappers on display.

The release is 20 tracks in length and features both artists teaming on singles together, while also displaying talents on individual tracks. The album features production from Bandplay, Sosa 808, AD, and more.

You can hear it below.