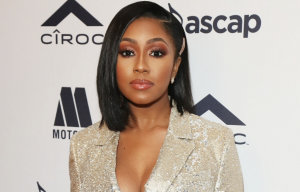 Yung Miami of the rap duo “The City Girls” is trending after publicly asking rapper Nicki Minaj to unblock her on Instagram. In a tweet to the “Beam Me Up Scotty” rapper, Yung Miami wrote

Since tweeting Minaj, the “Twerk” rapper received some criticism from other Twitter users. Some being fans of the Miami native, and others considered “Barbz”. Here’s what people were saying.

“It’s a reason she blocked, I hope it was worth publicly dissing Nicki Minaj and picking sides when they town sistas could’ve stayed quite.” wrote NATEREUN.

One Twitter user came to Yung Miami’s defense, by tweeting an interview where Yung Miami named Nicki Minaj as one of the rappers that inspired her.

“Since y’all messy a** Stans always want to dig up some sh** Make this clip circulate” wrote EPierre_Libra93.

The City Girl’s rapper also tried too clear up some of the comments on her tweet to Nicki Minaj.

“I’m not obsessed, desperate, none of that fr I just asked her to unblock me I ain’t do shit! Tf” wrote Yung Miami.

So far, it doesn’t appear that Nicki Minaj Tweeted back or unblocked Yung Miami. Some people are speculating that the “Act Up” rapper may be blocked by Minaj because she publicly declared that she was “team Cardi” when the “Bodak Yellow” rapper was feuding with Nicki Minaj.

Back in 2018, Yung Miami joined the Breakfast club for a conversation about their Miami Come-up, linking with Drake, being Team Cardi B and more.

“Your label-mate QC, he said he wouldn’t work with Nicki because of the beef with Cardi. So would you work with Nicki?” Yung Miami responded “I just rather stay away from that question, like I don’t want to get into that. But, I am team Cardi. City Girls is team Cardi. Cardi support The City Girls.”

She explained the kind of support the “Up” rapper had shown the rap duo, and followed with “I’m supporting whoever supporting us. Period.”

The post Yung Miami Wants Nicki Minaj To Unblock Her On Instagram appeared first on The Source.