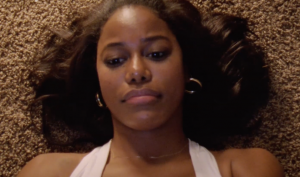 So I saw Zola at Sundance 2020. And even though I probably caught COVID there, I still remember the highlights of that year’s festival … Radha Blank’s The 40-Year-Old Version, Charm City Kings from Angel Manuel Soto who’s now tapped for a DC comics superhero film, and the next Transformers and A24’s Zola! And it’s about time, but the official first trailer is finally here ahead of an anticipated summer theatrical release.

Zola is interestingly crafted as it was based on an infamous 2015 Twitter thread. This shows you, valuable IP can come from ANYWHERE! But the tweeter A’Ziah King lent her experience as a consultant on the film and was integral to the film’s production. The screenplay was co-written by Bravo and Jeremy O. Harris.

Here’s the official description from A24: “Y’all wanna hear a story about why me & this b***h here fell out? It’s kind of long but full of suspense.” Thus began the odyssey of one A’Ziah King, aka ZOLA. From acclaimed writer/director Janicza Bravo, Zola’s stranger than fiction saga, which she first told in a now-iconic series of viral, uproarious tweets, comes to dazzling cinematic life. Zola (Paige), a Detroit waitress, strikes up a new friendship with a customer, Stefani (Keough), who seduces her to join a weekend of dancing and partying in Florida. What at first seems like a glamorous trip full of “hoeism” rapidly transforms into a 48-hour journey involving a nameless pimp, an idiot boyfriend, some Tampa gangsters, and other unexpected adventures in this wild, see-it-to-believe-it tale.

Here’s a quote from Shadow and Act’s Review at Sundance … “Bravo continues to be a filmmaker to watch and these obnoxious characters will stay with viewers for some time.”

Now Enjoy the trailer below: